His advocacy as a person living with ARD (Asbestos Related Disease) was unique in both its breadth and depth. He was passionately interested in research into the treatment and cure for mesothelioma. He also was active in promoting education and awareness aimed at reducing future exposure to asbestos dust.

All of us at Asbestoswise were deeply saddened by the news on Saturday November 15, 2014, of the death of Lyall Henry Watts. We will miss Lyall as an active member, Asbestoswise secretary, constant contributor to our support group and most of all as a compassionate friend.

We send our sincere condolences to his partner, family and many friends and hope to celebrate his life and commitment by continuing to work towards positive change.

As the convener of the VTHC Asbestos Committee, and in the work I've been involved in over the past few years in the asbestos area, I have had the privilege of having met Lyall and working with him. He worked tirelessly to raise awareness. But he was also a fierce advocate to establish the Review into Asbestos Management, the  Asbestos Safety and Eradication Agency and changes to the law. He was always an active and vocal member of our committee and many others. 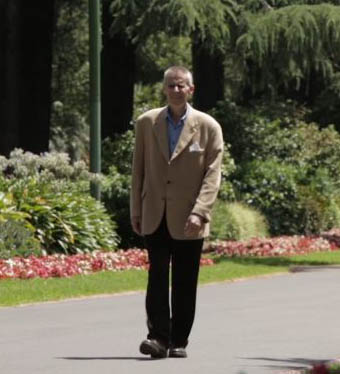 At the annual Asbestoswise Commemoration Service, always held during Asbestos Awareness Week, David Clement paid tribute to Lyall Watts. He began with a reference to José Mourinho, Portuguese soccer coach and former player, dubbed "the special one" by the media. David said, "Asbestoswise and other support groups also have a special one: Lyall Watts."

The following is based on David's notes:

"What did Lyall do for us? Lyall contributed in many ways:

"The breadth of this activism demonstrated many things about Lyall.

"He would not want a eulogy but I would without hesitation comment on some of his qualities:

We should celebrate him and his work by continuing to:

Our condolences go to his partner Gary and his family for the passing of a remarkable human being."